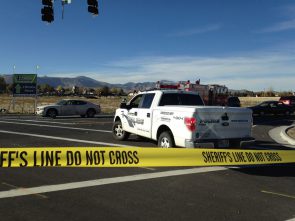 New studies in America have thrown fresh light on three of the biggest road safety concerns: distracted driving, motorists failing to stop at red lights and the high incident of accidents among inexperienced, often teenage, drivers. America’s National Highway Traffic Safety Administration (NHTSA) estimates there are at least 3,000 deaths annually in ‘distraction-affected’ crashes (where a driver lost control due to a manual, visual or mental distraction) and that distraction is a contributing factor in 14% of teen crashes. However, new research carried out by the American Automobile Association Foundation for Traffic Safety (AAA) indicates that 58% of crashes involving teen drivers are caused by the driver being distracted.

The study made use of Lytx’s DriveCam system of in-vehicle event recorders to study naturalistic behaviour leading up to teen crashes.

DriveCam collects video, audio and accelerometer data when triggered by hard braking, fast cornering or an impact exceeding a given g-force. Of the 6,842 teen crashes videos Lytx made between August 2007 and July 2013 (none of which are known to have been fatal), 1,691 met inclusion criteria which excluded minor curb strikes and where the vehicle was struck from behind.

The videos revealed an ‘endemic problem of driver inattention’ noting that the driver contributed in some way to 94% of vehicle to vehicle crashes and 99% of single vehicle accidents. Recognition errors (inattention or inadequate surveillance) were a factor in 100% of road departure crashes with distraction from passengers and cell phones being the biggest causes. 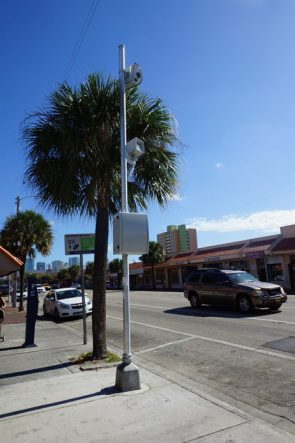 Cell phone use was the cause in 12% of distracted teen driver crashes but interacting with passengers in the car was the biggest source of distraction, accounting for 15% of the teen crashes studied.

“Access to crash videos has allowed us to better understand the moments leading up to a vehicle impact in a way that was previously impossible,” says Peter Kissinger, the AAA Foundation’s president and CEO. “The in-depth analysis provides indisputable evidence that teen drivers are distracted in a much greater percentage of crashes than we previously realised. One passenger in the car increases the crash risk by 50%, two passengers doubles the risk.”

Reacting to the report, an NHTSA spokesman said: “Whether it’s 16% or 58%, distraction is a serious, potentially deadly problem that is far too common on our roads. Ending distracted driving will take a combination of good laws, tough enforcement and increased public awareness.”

Kissinger believes the single best solution is graduated driver licensing (GDL) which some US states have introduced to increase young drivers’ training and experience before they are given the full freedom of the road. Typically, under GDL, new drivers have to pass a written test and spend time driving under the supervision of a parent or guardian. Driving at night and/or the number of passengers carried may be limited and use of mobile phones is totally banned.

“The US states that have introduced GDL have seen teen crashes drop by about 50%,” Kissinger says. “We also want to spread the message that you don’t need laws to make things happen – parents should intervene to place restrictions on teen drivers. It’s a huge public health crisis that parents and state legislators can do something to tackle.”

A Role For ADAS

Advanced driver assistance systems (ADAS) could play a role in reducing distraction – or alerting drivers once they deviate from a given lane. Phone apps such as ZoomSafer, CellControl and DriveFirst limit a mobile phone’s activation when in motion, but these rely on user activation. 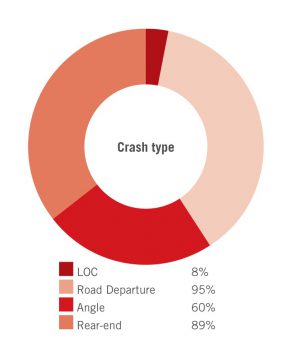 Says Kissinger: “Limited data exists to prove [ADAS] makes much of a difference. A study in California showed drivers behave better with cameras watching them and devices reporting the vehicle speed – which is encouraging but this was in a controlled environment. Insurance companies want to see this sort of technology and parents taking a proactive approach to their children’s safety, but the people likely to do this are not those we need to target.”

The Insurance Institute for Highways Safety (IIHS) researched the benefits of in-vehicle voice systems for making or receiving calls compared with the use of hand-held phones. The results show a positive result, but not the elimination of distraction altogether.

“Ideally, drivers wouldn’t do anything but drive while the vehicle is moving. But people are increasingly plugged in at all times, and automakers have made it easier to use technology on the move,” says IIHS senior research scientist Ian Reagan. “Research has shown that if a driver stops at a red light, texts somebody, then the lights change; that driver is still mentally distracted from concentrating on driving.”

The statistics on red light violations make equally sobering reading. Figures from NHTSA and the IIHS show that in 2012 red light running crashes killed 680 people and injured more than 130,000. More than half of the deaths were not the violating driver as the ‘T-bone’ or angle crash is considered one of the most dangerous because it pits one vehicle’s front-end against another’s vulnerable passenger compartment. In addition, the red light runner is typically accelerating in order to try and beat the red light.

Beyond the distress caused by deaths and injuries, collisions have serious financial implications for the local community and a recent AAA study calculated the cost of a fatal crash at US$6 million. In 2010 there were almost 33,000 people killed on American roads with another 3.9 million injured and according to the NHTSA, the cost to the US taxpayer exceeded $200 billion.

While these numbers may be unimaginably large, US states can now realistically calculate the economic benefits of using 12 accident prevention techniques thanks to a new interactive online tool, the Motor Vehicle Prioritising Interventions and Cost Calculator for States (MV PICCS). The calculator was developed by the US National Centre for Injury Prevention and Control, and in recognition of their contribution to road safety, red light cameras are one of four recommended interventions (along with primary enforcement of seat belt laws, ignition interlocks for alcohol impaired driving and sobriety checkpoints).

Publication of the calculator acknowledges that financially restrained authorities have to prioritise interventions that will deliver the best value for money and require information on the various costs and benefit. The average cost of a camera installation is put at between US$138,000 and US$150,000, although this is often absorbed by a private contractor who recoups the outlay from the red light running citations.

The Centre gives red light cameras its highest rating for effectiveness, ‘despite some conflicting evidence’, and cites 2011 statistics showing a 17% fall in deaths at signalised intersections following their introduction. At the start of November 2014, nearly 500 US communities had installed red light camera systems.

As one way of reinforcing driver awareness, some of the more dramatic effects of violations are routinely chronicled on the RanARedLight.us website launched by camera supplier American Traffic Solutions. Currently 23 of the 50 US states, plus the District of Columbia, allow the use of red light cameras, although legal challenges have caused a number of cities to review their programmes.

Beyond claims that cameras are revenue generators rather than safety improvers, other objections include privacy (where footage reviewed by private companies) and an increased risk of rear-end shunts as drivers spotting the cameras brake sharply.

Texas’ State Senate had approved a bill that bans cities from signing new red light camera contracts when current arrangements expire. At the same time the authorities in California (the state with the highest number of red light running deaths), Arizona and Tennessee have defeated legislative attempts to remove cameras.

In a recent white paper, American Traffic Solutions concluded that despite the fact that they are ‘sometimes controversial’, most Americans favour using red light safety cameras as a crash reduction tool. Support, it says, crosses demographic and regional boundaries and is particularly strong in communities where red light enforcement cameras have been deployed. 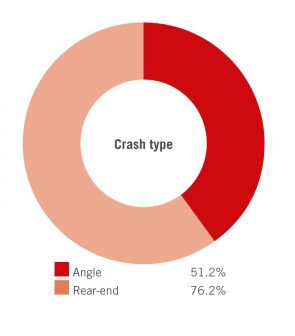 It cites the AAA’s Traffic Safety Culture Index, published in January 2015, which found more than 50% of drivers support the use of red light cameras in urban areas. Echoing this is the IIHS which says acceptance ‘has always been strong’ – its 2013 survey found 87% of residents of Washington DC support red light cameras.

In most cases, the white paper continues, ‘once a driver gets a red light running ticket, that person does not make a second violation, which indicates a positive change in behaviour’. There is also evidence that when drivers know they are at risk of being ticketed for red light running, they slow down and stop in good time.

Now, with a wealth of new information available to identify hazards and quantify the effectiveness of countermeasures, authorities have no excuses for repeatedly delaying the bold decisions they know are necessary if they are to reduce or eliminate road fatalities.

An MV PICCS example examines a state with a US$1 million budget implementing four linked interventions – red light cameras, ignition interlocks for alcohol impaired driving, primary enforcement of seat belt law and sobriety checkpoints. The calculator estimates that while the annual cost would be US$279,000 (after offsetting by revenue from fines), the interventions would prevent 60 deaths and 5,170 injuries a year. In terms of lives saved and injuries prevented, the interventions deliver an annual benefit of almost US$231million – that’s a cost benefit ratio of more than 800:1.