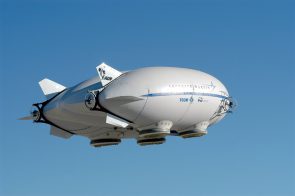 Of the 5,760,000 vehicle crashes in the US every year, 22% are weather-related, causing nearly 6,000 deaths and over 445,000 injuries, and 27% of these are the result of driving on snowy, slushy or icy roads and bridges. Weather also costs US motorists almost one billion hours of delay, and catching up on time lost can make for dangerous driving.

Early detection (or, better still, early prediction) of, response to and communication of, adverse road conditions such as ice are key life savers and preventers of serious injury. All are set to have wider roles, through new connective vehicle (CV) technologies and mobile networks which can help to prevent pile-ups and deliver faster, more accurate traffic risk and incident information to drivers, traffic management centres and highway maintenance depots.

In the US, CV’s contribution to the weather issue is spelt out in the Road Weather Management Program (RWMP) of the national Connected Vehicle Reference Implementation Architecture (CVRIA). This was developed by California-based land informatics developer Iteris under its contract with the US Department of Transportation (USDOT). Evolving in a joint effort between federal and state departments of transportation, the RWMP is investing heavily in research and development activity, using existing ITS to make the connected vehicle into a mobile weather station.

Its Road Weather Motorist Alert and Warning initiative envisages future routine collection of output on current driving conditions. Potential elements include surface and subsurface temperatures, and weather conditions (such as air temperature, wind speed, precipitation, and visibility) as measured and reported by fixed or mobile environmental sensors. Vehicles will contribute data on the activation of lights, windshield wipers, antilock brakes and traction controls.

To handle the information flows, Iteris transportation-sector senior systems engineer David Binkley told ITS International: “In the CVRIA, we describe how a maintenance and construction management centre would work in tandem with a transportation information centre. The latter could be run by a public agency or a private organisation providing regional-level traveller information. It would be responsible for pushing out weather alerts through networks of roadside equipment via dedicated short range communications or wide-area wireless technologies”.

Typical messages would give early warnings of deteriorating road and weather conditions and, for example, the formation of an ice on a bridge. The data could also be combined with observations and forecasts from other sources to provide medium and long-term warnings to individual motorists through mobile communications and web- and CV-based interfaces. 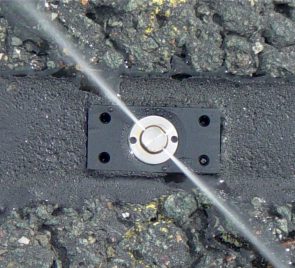 With weather conditions capable of changing within a very short period, or a few hundred metres, the result, believes USDOT’s Research and Innovative Technology Administration (RITA), will be that road managers and users “will have access to critical information in real time at precise locations”.

Installed at known icy road blackspots, identified using pre-specified site criteria, this uses dual sensors. The passive one measures the current road service conditions; the active one cools the surface by up to 15°C below its current temperature, enabling detection of the freezing point of any liquid present on the pavement. Early detection of the risk of ice forming enables chemical application before it can bond to the pavement surface. Indeed, research by the Transportation Cabinet of the US state of Kentucky has indicated that preventing the bond is three times more efficient than breaking it once established.

Rod Klashinski, of Canadian ITS system integration specialist IRC, has experience of these systems and points that they can inform general traffic data as well as enriching safety-based ITS applications. They can, for example, feed into enable rollover and downhill vehicle warning systems installed ahead of sharp curves, ramps or gradients to alert drivers to an additional hazard.

In Europe, moves towards integration include a joint effort between Finland-headquartered weather instrumentation exponent Vaisala and the Finnish Road Administration. This is trialling the feasibility of the company’s thermally-passive DSR5111 sensor interfacing with traffic control applications such as variable message signs and automatic weather-controlled speed limit indicators.

Currently, the sensor is wired to a roadside weather station that collects data and stores it for later transmission, together with other weather information, to a server typically hosted by the company. Traffic control centre staff can then access it for making decisions via a web browser or mobile app.

Another European pilot project, Road Status Information, is a collaboration between the Norwegian Public Roads Administration (NPRA), the Swedish Transport Administration and Volvo Car Corporation. Originating in Sweden to meet the country’s winter maintenance needs, it is using  existing onboard sensors in ordinary vehicles on both public roads and private test tracks to monitor the degree of roadholding friction – a complex matter to determine precisely enough for the purposes of maintenance contracts. 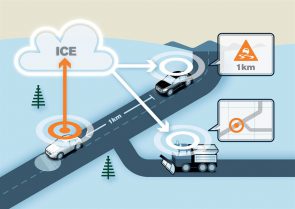 Volvo, which has over 220 cars taking part, is looking to end up with a system that will alert drivers in good time that roads are becoming slippery. The road authorities want to be able to give their crews the specific information they need to perform efficiently.

Sweden has already developed a website to collect the data. Meanwhile Norway plans to integrate the output into its existing warning system, along with data from stationary weather stations, weather forecasts and specially-equipped patrol vehicles. This will be subject to a quality evaluation in field tests due for completion in May 2016.

NPRA project manager Ane Dalsnes Storsæter told ITS International: “The temperature readings alone are already giving us a much more detailed view of changing conditions than our few weather stations. There is no doubt in my mind that this sort of sensor data is relevant and can have huge value for us”.

Road Status Information forms part of the 2015-2017 Nordic Way programme, co-financed by the EU, which is focusing on the communication of road traffic hazards via cellular links. Longer-term, it plans to use CV technology to warn following traffic (as well as maintenance depots) of, for example, a slippery road section that a vehicle running ahead has detected (see illustration).

“The pilot is one of the first practical examples of the way communication over the mobile network can enable vehicles to ‘speak’ to each other and with the traffic environment and so contribute to making traffic safer,” says Volvo Cars‘ project leader, C-ITS Erik Israelsson.

In the Asia/Pacific region, New Zealand-based solar lighting specialist Solar Bright has recently developed PATeye, a solar-powered device modelled on the conventional cat’s eye road stud and named after inventor Pat Martin. Its blue LEDs flash a visual alert when ice starts to form on a vulnerable road section, triggered when the ground temperature and humidity it is monitoring reach pre-determined levels and illuminating hidden patches of ‘black ice’ to target for gritting. The battery takes its charge at night from vehicle headlights.

There are two versions – a straightforward cat’s eye replacement and a snowplough-resistant version which is set in a core-drilled hole. The latter has space allocated for a communications unit, which will automatically alert a traffic control centre or road maintenance depot.

The company hopes to have this capability available by the end of 2016. Later plans could enable communication with CVs via an app. It says the system is attracting strong interest from North America and Europe.

Northern Canada’s temporary winter ice roads – popularised in the Ice Road Truckers TV series – are hazardous to drive freight over and expensive to rebuild each year – but essential for supplying mining companies and indigenous tribal communities. The province of Manitoba spends around US$ 8.8 million annually recreating a 2,200km network, areas of which are becoming vulnerable to climate change.

In 2013, Northern Manitoba’s First Nations chiefs, working with the University of Manitoba, outlined plans to use airships to provision their outlying settlements. These proposals have yet to progress.

But in March 2016 US aerospace manufacturer Lockheed Martin announced a US$480 million deal with UK-based Straightine Aviation to manufacture 12 helium-filled craft capable of carrying 20 tonnes of cargo each, at lower costs than conventional airfreighters, with delivery from 2018. Straightline Aviation CEO Mike Kendrick has made it clear that Canada’s ice roads are high on his target list.