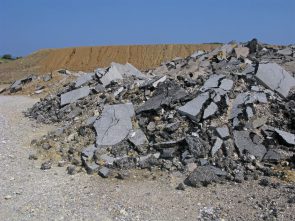 Gone are the days of pavement preservation being a witch doctor called upon by client agencies to breathe life into dying roads. David Arminas reports from this year’s fall conference of North America’s Pavement Preservation and Recycling Alliance (PPRA)

The issue now is more complex, explained Ishee, who is also a board member of the US-based Asphalt Emulsion Manufacturers Association (AEMA). “Why are we in this business,” asked Ishee,

Of course it’s about making pavement last longer. He suggested one definition of pavement preservation is “to do the right treatment on the right road at the right time”.

But in his opening remarks on the first day of the conference in Niagara Falls, Canada, Ishee told the 300 delegates to stop once in a while and reflect. “What’s our mission? What are we trying to do?”

In the end, he said, it is about making roads safer for people. Road surface technology is about saving lives.

The social and economic importance of road infrastructure, not just in North America, but globally, was laid out by Larry Galehouse, director of the National Center for Pavement Preservation, based at Michigan State University in the United States. But, he noted a recent report by the American Society of Civil Engineers said the deteriorating state of America’s road infrastructure will likely coast families on average US$1,000 a year.

US government officials and politicians continue to wrangle over the future of the Highways Trust Fund, which has been based on a gasoline tax that has remained stuck at 1993 levels, and so starting the fund of money to help maintain roads. 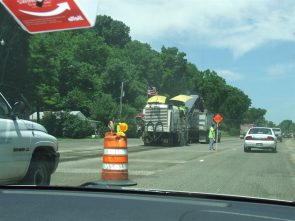 More than 21 states have gone ahead to raise taxes to help maintain their creaking infrastructure. States must also by law now produce an asset management plan. But what is really needed is measures to increase a road’s so-called “remaining service life”, he said. This is where the technical expertise of the road surface technology sector can work with clients so they get best value for their money.

Many clients, though, aren’t thinking like this so the sector must get better at marketing itself. As for recycling, Galehouse said, “some of our best products are already in the road”. Recycling can bring them out for re-use. After all, the client has already paid for them.

Pavement preservation companies are usually the unseen saviours of roads. People may know which company built the road, but not likely which company resurfaced it to bring it back to a good condition.

A big issue for the sector as whole is too much preservation is done much is too late. This leads to quashed expectations on behalf of the client, said David Peshkin, vice president of engineering consultancy Applied Pavement Technology. A 2004 survey showed road owners were applying pavement preservation techniques not when the road was in good condition, but when it was deteriorating including in ‘poor’ and ‘very poor’ condition. In some cases, nothing was going to bring the road back to acceptable levels of performance.

Peshkin suggested that another issue holding back adoption of innovative preservation methods has been increased competition among companies to maintain market share. This may be counter intuitive, but it means some methods which could be good for the sector fail to see the light of day through lack of acceptance by road owners.

One of North America’s first and still foremost users of RAP is the province of Ontario, as explained by Becca Lane, manager of the Materials Engineering and Research Office at the Ministry of Transportation Ontario. Their data, collected over 26 years, shows that recycled pavement has performed at least as good as, and in many cases better than, traditional reconstruction of pavement including milling off pavement and laying new granulars in the base – a reconstruction. 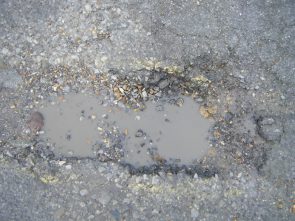 The province has close to 18,000km of two lane highway, of which around 10,000km has been rebuilt using RAP. But a lot of the province’s higher volume roads are reconstructed, and she acknowledges that recycled pavement has been used for lower and moderate volume roads. However, here it has been very cost effective, especially because of how quickly contractors can get the job done, she said.

So why not use more recycled pavement? It’s a life-cycle choice, she said. First, how bad are sub-grade issues? Soft, week wet sub-grade would probably mean milling off the pavement to make repairs.

“One of the thing we’ve been blessed with for decades, we’re on our fourth generation ARAN vehicle now. We are one of the first in North America that does 3D scanning of pavement surface with a Roadware vehicle. We still have teams of people who go out and rate the pavement, but it’s harder to compare pavements because of variations in people’s scaling. The ARAN vehicle is completely non-biased. But we also combine this ARAN data and combine it manual pavement distresses to give it a pavement condition rating.

She acknowledges that some agencies will shy away from recycling if they do only one job and it doesn’t go according to plan. It’s important to have data over time to show results. With Ontario’s data stretching back around a quarter of a century, there is solid empirical evidence of good recycled highway performance.

On Canadian county in Ontario has been using recycling and as part of a longer term strategy to move the county roads into what they have designated as adequate. Terry McCann, within the Lanark County’s roads department, explained how a combination of crack sealing, reclaimite, FibreMat products, micro-surfacing, seal coats and hot mix surfacing has been steadily improving the county’s roads.

When, in 2004 Lanark put together a long-term asset management plan for roads, 55% of them were deemed adequate. That is now 68% and the target is 80 in the next decade or so.
Also in 2004, recycling and resurfacing took up 16% of the capital budget. Last year it was 50% and by 2024 it will be a targeted 60% or more, he told delegates. “Our prediction is we’ll have no trouble getting there,” said McCann.

Admittedly, there have been some asphalt penetration failures, but his advice is to work harder with the contractor to stop these happening.

Also, as part of the preservation strategy, the county is paving shoulders and have done 20% up to now. The aim is to have all roads done within 10 to 15 years. The rationale is simply, he said. It prevents the breakup of highway edges.

The Canadian city of Markham, right next to Toronto, has 1,000km of roads and 100km of rear residential lanes, not to mention 350,000m2 of parking lots. It has been focussing on full-depth recycling with foamed asphalt stabilisation since 2002. Morgan Jones, operations manager for Markham, outlined to delegates the importance of bringing the asset management plan out into the open for all to see.

The long train required for recycling, especially full depth, can create anger among business people and residents. Use the asset management plan to explain to people why it is being done and that disruption in some form will be inevitable.

Also, he suggested a good asset management plan can get the organisation’s finance department on board with the costs of recycling.

But sometimes the best laid asset management plan can get disrupted, especially by a politician who sees the financial cost rather than the social or economic result, as Lynn Packer, engineering manager of Sedgwick County, in the US state of Kansas. Recycling is a “very easy sell”, he told delegates, to the people and politicians who see it as being a very “green” thing to do. However, when road disruptions may occur near election time, essential resurfacing can sometimes be put on hold because of political expediency.