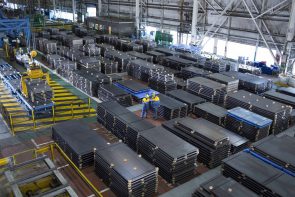 Sales of construction equipment across Europe have varied greatly in 2015 – with the same variation likely in 2016, according to the Committee for European Construction Equipment (CECE)

Sebastian Popp, secretary of the CECE Statistical Commission, said: “Tides are changing, and markets that were shining just a few years ago are in deep trouble now. The world economy is not doing too well at the moment. It clearly lacks significant growth drivers. For the sector, in 2016, all eyes will be on bauma, Munich as the biggest trade show on earth is always regarded as an outstanding driving force for the construction equipment industry giving impulses for global investments.

In line with the observation that cycles are getting shorter, the European construction equipment industry is again experiencing a swift change of trends. After a good start into 2015, demand slowed down and sales decreased. Russia and France are still the troubled spots, but even in the other markets, the balance has turned negative. Growth is still observable in Southern Europe and CEE countries, the effect of which will be limited for the overall picture though. The strong markets in Northern and Western Europe are seeing moderate declines but remain on rather high levels. As there is currently a stronger impulse from the residential and non-residential construction sectors than from civil engineering, building construction equipment is still a little better off than civil engineering equipment – earthmoving and road construction equipment have seen a significant downturn recently. When looking at product groups, compact equipment performed much better than heavy equipment and light compaction developed slightly better than heavy road equipment.

Demand for construction equipment should be back on track at least in the medium term, when emerging markets take up their role as engines of growth. Unfortunately those regions are typically not the most profitable ones for equipment manufacturers. Highest margins are currently generated in the North American market, and it will clearly be one of the major future challenges for manufacturers to profitably participate in growing emerging markets. At the moment, as the Chinese construction equipment market tumbles with Chinese manufacturers running at a capacity utilisation of below 20 percent at the moment, and headlines are made with crises and scandals from Russia to Brazil, we see the unusual situation that sales growth is concentrated in Europe and North America. Free trade agreements like TTIP may foster growth and competitiveness. The comparably weak European currency certainly helps in the short run, but the industry should look at staying competitive because of its core strengths like technological advancement and powerful distribution and after-sales networks in the regions.

The industry’s market outlook for 2016 is moderately positive, although everybody is facing many uncertainties in the economic and political sphere which make it difficult to predict developments with a degree of certainty beyond the next 6 months. The current forecast, based on CECE statistics, is for the market to remain flat in 2016 compared to 2015. The divergences in Europe will further diminish but remain relatively large, with a gap between the northern and southern European markets. CECE expects the French market to improve somewhat, bouncing back from a very weak performance in recent times. The German and UK markets are at high levels historically and cannot be expected to keep growing at the same pace.”

Off Highway Research (OHR) sees the European market showing a slight improvement in the period 2015-19 – achieving annual average sales of 130,695, compared to 116,407 in the years 2010-14. OHR is tipping no change in the three biggest sellers in terms of construction equipment models and their percentage of overall model category sales in the period 2015-19 compared to 2010-14 – with mini excavators at 36%, and crawler excavators and telescopic handlers both at 18%.

Meanwhile, the UK and Germany are forecasted by OHR to see their percentage of overall European construction equipment sales fall from 26% UK and Germany 25% in 2014 to UK 22% and Germany 22% in 2019. French sales will remain the same (19% of overall total) in 2019, compared to their level in 2014. Italy will, says OHR, see its proportion of overall European construction equipment sales rise from 6% in 2014 to 11% in 2019, in keeping with recent more promising sales figures reported by national sector associations such as Unacea.