Zeroing in on traffic deaths in Minnesota 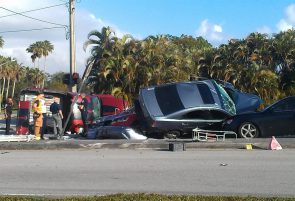 Minnesota’s Towards Zero Deaths programme makes it a leader in the fight to reduce traffic accidents. David Crawford investigates how things work in this high-performing US state

The US state of Minnesota has made itself into a nationally-recognised hub for forward thinking on enhancing road safety. Its Towards Zero Deaths (TZD) programme – adopted in 2003 by the three state departments of Public Safety, Transportation, and Health as a consciously interdisciplinary initiative – is the driver of its current, 2014-2019 Strategic Highway Safety Plan.

Data-driven and crash-focused, this aims to ensure that by 2020 no more than 300 people will die on the state’s highway network each year, compared with 368 in 2011 – itself the first time since 1944 that there were fewer than 400 victims. Prior to 2003, the three state agencies had operated independently – but continuing concerns over levels of traffic-related deaths and the effectiveness of their individual safety efforts finally brought them together.

The resulting cornerstone traffic safety initiative has developed largely through the continuous evaluation of crash data collected from all public roads to help reinforce the TZD belief that even one such death is unacceptable. Data remains key.

The TZD concept stems originally from the Vision Zero policy written into Swedish law in 1997. (The US state has strong historic connections with the European country. No US ethnic group is as closely identified with a single state as the Swedes are with Minnesota, as the result of historic migrations, and its professional American Football team plays as the Vikings). The US has since developed a national strategy based on the TZD approach in support of the UN’s 2011-2020 Road Safety Decade of Action.

Over the Minnesota programme’s first decade, from 2003-2013, key milestones have included the 2005 legislation lowering the blood alcohol content for driving while impaired from 0.1 to 0.08, a 2008 ban on using electronic communications while driving, and the 2010 introduction of an ignition interlock law. This requires known driving while intoxicated (DWI) offenders to install devices to stop them starting the engine if their content is high in any vehicle that they drive.

Traffic queue following an accident on Interstate highway I-94

Claimed benefits nationally include a reduction of the economic impact of crashes by between US$3 and US$7 for every US$1 spent. Devices record the date and time of vehicle use, engine starting and stopping events, and any attempt at disablement. Retired police chief of the Minnesota community of Morris, Jim Beauregard, is now running a state-wide vendor oversight programme for interlock devices, which can be linked to camera recording and GPS tracking, with an emphasis on deterrence of circumvention. The scheme is gaining interest well beyond the state borders.

Its results will feed into a current national US research effort into the feasibility of a more sophisticated driver alcohol detection system being installed in all cars, with no impacts for sober drivers on being automatically enabled once the vehicle is switched on.

The device will have to be non-invasive, and able to detect a person’s blood alcohol count without requiring them to blow into a device. The programme, being run by the US Department of Transportation in partnership with the US Automotive Coalition for Traffic, gained a five-year funding extension in 2014.

Minnesota is also making extensive use of e-charging when dealing with DWI offences. The system debuted in 2009 and has since been rolled out across the state, replacing a conventional paper-driven process.

Police officers can now file their reports electronically on a route that will take these to a court, using the Minnesota Bureau of Criminal Apprehension’s secure Criminal Justice Data Communications Network.

Currently, 86% of all Minnesota’s DWI prosecutions are being handled via e-charging, contributing to total annual savings of US$100,000 in a typical county. (Officers’ driving time savings can be anything between two to four hours per prosecution with resulting reductions in fuel costs).

In the 2013 Minnesota TZD awards, special recognition went to the Real-Time Officer Activity Reporting system, a web application designed to improve traffic safety by electronically capturing and storing information resulting from police officers stopping vehicles to investigate any potential violations. Originating in the city of St Paul, and subsequently rolled out state-wide, it replaces a previous inefficient paper data collection process, enabling officers to spend more time enforcing the law and less on administration. Information that previously took hours to gather and analyse is now accessible at the click of a button.

In the same year, the state decided that its 30-year old plus crash recording system was “fragile and brittle”, with key elements being out of sync with current needs and the results being unavailable for use within a reasonable time. A replacement project by the Departments of Transportation and Public Safety, using a new electronic reporting tool, is due to go live in January 2016. 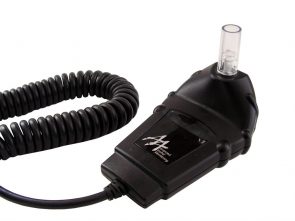 In future, all crashes causing damage costing more than US$1,000 or involving an injury will be reported, so that they can be used in larger-scale analysis than has previously been possible. The aim is to provide a single source of crash data that will be scalable and capable of being updated over time, to deliver the analytical tools necessary for decision-making on resource allocation, and project identification. The state intends future data-driver initiatives to be able more closely to target the riskiest geographical areas, driving conditions and types of driver behaviour. One beneficiary will be any new edition of the state’s 2009-2012 Highway Enforcement of Aggressive Traffic campaign, aimed primarily at speeding, which will have better data analyses to support it.

Again, a 2014 study found that, although most Minnesotans think that zero traffic deaths is an acceptable goal, 40% of them do not see road safety as the most important transportation issue. At the same time, individuals who believe that most Minnesotans drink and drive, or do not wear a seat belt, are much more likely to follow suit.

Attacking these attitudes systematically via social messaging is already being developed over the period 2015-2016. Close-to-home data will strengthen the impact. A parallel TZD focus is on overhauling the state’s legacy crash records system, with a pilot starting in July 2015.

The state is well on its way through a 2012- 2015 programme of installing new intersection conflict warning systems, based on vehicle sensors, at unsignalled rural road junctions – to warn drivers who are typically driving at speed or failing to halt at static stop signs before moving on.

A particular issue for action concerns drivers who get halfway across a major road, to the median, and then lose their concentration. Rural victims also tend to have to wait longer for emergency services, making rapid response a life-or-death factor.

On the DWI issue, Minnesota is highlighting its regular state-wide law enforcement blitzes with overhead dynamic message signs proclaiming, for example, ‘DWI arrest zone’. In smaller towns and rural districts, it is supporting, and electronically listing, ‘safe ride’ services run for the benefit of people who have been drinking, often with the aid of financial contributions from the local bars and restaurants that they have been patronising.

In urban areas, to reduce the incidence of red light running, the state has installed confirmation lights on top of the signals at over 40 major junctions. These lights come on only when a red traffic signal is showing, enabling police to verify that a vehicle is in violation from a distance, and from any angle, without having to follow it through in order to secure a prosecution. The state has also supported the development of two new types of pedestrian crossing, that incorporate:

The 2015 Minnesota TZD Conference takes place on 29-30 October, in St Cloud. Themes already announced include the experiences of emergency responders, new traffic engineering techniques, the impact of technology on court hearings, and the issue of drugged driving.