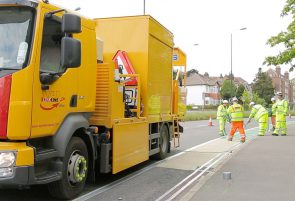 Local authorities and road planners may be full of good intentions when putting in cycle lanes and paths, but there is a long way to go, says Marcus Jones, principal consultant in the transportation division at TRL, the Transport Research Laboratory in the UK.

“Lanes are being put in where there isn’t sufficient width or there is no prospect of restricting parking on them,” he says.

“Or no thought is given to what happens at junctions – a very important safety issue. They either lose priority and incur delay or are placed in a position of greater conflict with other traffic because they re-join the traffic flow just at the point where vehicles are starting to turn,” says Jones.

Copenhagen had to overcome this issue when they started to introduce an extensive network of segregated cycle tracks, essentially ‘hybrid’ paths adjacent to a carriageway but raised to a level between the carriageway and the pedestrian footway.

At first there was a significant increase in accidents at junctions. They have had to put in a lot of effort into junction design, using techniques like separate traffic signal phases to minimise conflicts. 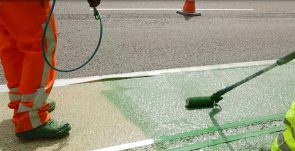 Have we got the right colour?

TRL worked with Transport for London in 2005 to formulate a consultation document called London Cycle Design Standards. It involves a framework of nine different street types and a system for defining a ‘level of service’ for cyclists. Many of London’s cycle lanes have coloured surfacing, such as WeatherGrip, made by WJ Linkline Group.

The highly durable feature of solvent-free methyl methacrylate-based technology makes it suitable for areas subjected to high wear and stress through braking forces of vehicles and bicycles.

The cold-application product is painted on with the use of trucks and comes in reflective and non-reflective options. It is fast curing, even at low temperature, with areas to be treated typically open for use within one hour.

The result is a colourfast skid-resistant demarcation for cycleways, bus lanes, traffic calming and other large and small highway and non-highway applications.