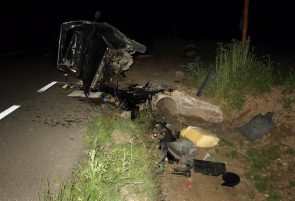 ‘Vision Zero’ is a system designed to be used within the road transport system to reduce deaths and injuries to zero and is based around using a multinational traffic safety approach. The concept of Vision Zero is based on four principles:

To achieve this aim, the EU set new targets for reducing road traffic deaths across the 28 Member States. The intention is to aim for zero fatalities in road transport by 2050. In line with this goal, the EU aims at halving road casualties by 2020.

The White Paper in 2011, “Roadmap to a Single European Transport Area-Towards a competitive and resource efficient transport system”, is notable primarily for including a Vision Zero. This complements the “Road Safety Policy Orientations 2011-2020” target of halving road deaths by 2020, a Vision Zero for 2050.

The most recent statistics for the EU countries show that there are positive improvements in road safety. However, looking at information released by the EC in Brussels in March, it is clear that additional efforts need to be made.

From that release, it can be seen that following two years of solid decreases in the number of people killed on Europe’s roads, initial reports for road deaths during 2014 are disappointing. According to the figures, the number of road fatalities in 2014 decreased by around 1% when compared to 2013. This follows on from the 8% decrease seen in 2012 and 2013. The figures reveal that there were a total of 25,700 road deaths in 2014 across all 28 Member States. Whilst this is 5,700 fewer than in 2010, it falls short of the intended target decrease.

Still Work To Do 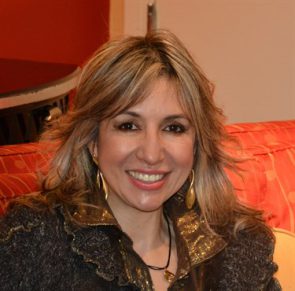 On the positive side however, the figures do show that the total number of EU road deaths has decreased by 18.2% since 2010. Some European countries report a better than average road safety improvement over the years. This is the case in Greece, Portugal and Spain. In addition, Denmark, Croatia, Malta, Cyprus, Romania, Italy, Slovenia and the Czech Republic report a reduction of road deaths above the EU average for 2010-2014. It is clear that there is still much to be done to reach the aim of Vision Zero. In this respect, the EU Commissioner for Transport the coming years, to reach the intended EU target of halving the number of road deaths by 2020. Let’s work together to make sure more people come home safely at the end of their journey. This is one of my priorities and should be one of the priorities of all governments in all the Member States!”

The Role of Legislation

At the same time, the EC has said it will contribute with legislation and recommendations on issues of common concern, for example on the minimum requirements for technical vehicle inspections and the harmonisation of technical standards. In this respect, the EC is finalising an interim report on EU road safety policy taking stock and setting the agenda for the next five years. The report is being published in 2015.

Furthermore, in the EU several NGOs and civil societies are highly active and taking part in a dialogue with EU institutions to support this issue.

Since lowering the number of road user casualties is the key for improving the overall performance of the transport system (and to meet needs and expectations), a coherent holistic and integrated approach is needed.

To achieve this, road safety policies at local, national, European or international level should integrate relevant objectives of other public policies. There should also be effective enforcement of road traffic rules and education campaigns, using safety and security-related ITS systems and also infrastructure development and road maintenance.

However this last is an issue as there has been a decline in public resources in most EU countries. Maintenance is a particular problem as the surface of the road, where the main interaction between the vehicle and the road occurs, must be of a high quality with sufficient skid-resistance and without cracks or potholes, so as to deliver the minimum performance level important for road safety.