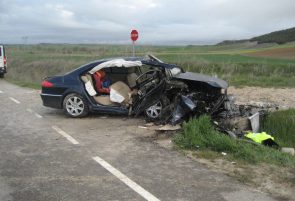 Vehicle crashes can have disastrous effects but are often preventable

Positive moves are being made in road safety with many countries cutting crashes – but in some death rates are rising, writes Mike Woof

Many countries around the globe are seeing positive results from moves aimed at cutting road crashes and boosting traffic safety. New vehicle technologies have played a role, as have systems for making roads themselves safer and more forgiving.

Vehicle occupants are now better protected in the event of a crash, with airbags and passenger cells that deform progressively to absorb shock. New vehicles also come with technology for controlling stability and preventing loss of traction, ABS and even auto-braking systems. Future developments will tell whether drivers are tired or under the influence of drugs or alcohol and may prevent people from using cellphones while at the wheel.

Roads themselves can be safer due to developments in safety barriers to prevent run-off-road incidents or impacts with roadside obstacles. Road surfaces provide more grip while other tools can help address potential lane departure issues or improve lighting and conspicuity at night.

But concerns remain in many areas of the road safety sector. Firstly, most safety improvements are being seen in developed countries. Developing nations by and large have poor records with regard to road safety. And more worryingly still, in many instances, the annual road death toll is increasing in many or most developing nations with the young playing a particularly heavy penalty.

There are many reasons for this last problem including poor driver training, a general lack of enforcement, a multitude of unroadworthy vehicles in use and poor infrastructure that is unsuited to volume of traffic being handled. With vehicle ownership increasing in many developing nations, the problems are getting worse. The Middle East, Sub-Saharan Africa, Asia and Latin America all have major issues with regard to road safety.

A report published by the World Health Organisation (WHO) covering the period from 11th May to 13th December 2011 identified India as having the highest road fatality levels around the world. During this period 130,037 were on India’s road network and using the census data for 2010, this was equivalent to one in 9,306 of the population. China was next on the list for road fatalities with 70,134 but based on the population estimates this was around one in 19,102. Brazil was third with 36,499 road deaths and comparing this against its population gave a figure of one in around 5,555, while with 32,885 road deaths the US had one in 9,757. 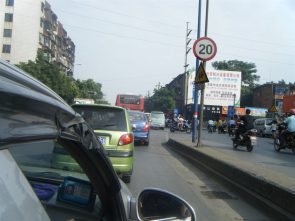 In many developing countries, powered two-wheeler users do not wear helmets, a key safety issue

But these figures told a message that was not quite accurate. For example, the vehicle ownership levels and distances travelled/head of population are significantly higher in the US than in India. Anyone who has visited both countries will be well aware that India’s roads are many times more dangerous than those of the US.

The data revealed that these last two countries have particular road safety problems requiring much tougher measures than taken previously.

The US in fact performs reasonably well with regard to road safety, especially when compared with the developing world. Early estimates of the figures for the first half of 2014 show that the US has once more managed to cut road deaths, dropping to 14,950 and a 2.2% fall from the 15,294 of the same period in the previous year.

However some Western European countries are of note, Belgium in particular with 65 deaths/million inhabitants and contrasting strongly with its immediate neighbours France, Germany and the Netherlands with 50, 41 and 34.

Overall, the developed western nations have been successful in recent years at reducing road deaths. This has come through a variety of methods including tougher enforcement of rules against driving under the influence, speeding or seat belt use. Improved vehicle technologies and better infrastructure design have also played a major role. 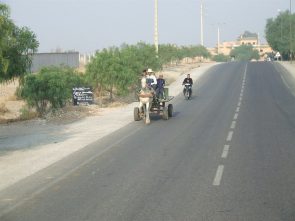 This can be seen with recent official data revealing gains in road safety across Europe and several other nations globally. There are 36 countries around the world that compile and compare data on road safety and a number have had major successes in cutting road deaths.

Of greatest concern amongst the 36 nations however is Malaysia, which has actually seen its road death rate rise during 2000- 2012. Given that the country has amongst the highest GDP statistics in Asia, its 14.6% increase in road deaths is extremely worrying. The country has made progress with addressing road safety, but it is clear far more needs to be done.

On a global basis the UN, the FIA, the WHO and UNICEF are all taking action to try and cut road deaths, given the enormous problem this causes worldwide. The issue is not just a human problem due to the lives damaged, but an economic one. The spiralling rate of deaths and injuries in developing nations threatens to hinder economic development.

Children and young people pay a particularly high price in terms of road deaths, according to a report from UNICEF and the FIA Foundation. The report has been co-authored by Avi Silverman, senior adviser to the UNICEF/FIA Foundation Partnership on Road Safety and he said, “Since the UN Convention of the Rights of the Child was proclaimed 25 years ago, more than 5 million children have died on the world’s roads. This report sets out a strategy, with child rights at its core, for safe access to education and protection on the roads for children everywhere. It’s a strategy ensuring that millions more children do not have to be injured and killed in the years ahead.”

The report, ‘Safe to Learn’, was published as part of the worldwide SaveKidsLives campaign, the focus for the third United Nations Global Road Safety Week held from 4-10 May 2015. The focus for the report is on child safety and it is worth noting that many of these deaths and injuries occur during commutes to or from school.

The campaign operates on the principles of the Decade of Action for Road Safety 2011-2020 and is highlighting the plight of children, generating worldwide action to better ensure the safety of children and calling for inclusion of safe and sustainable transport in the post-2015 development agenda. The campaign asked children all around the world for their thoughts on road safety and was given clear messages about what protection they need, such as safe routes to walk or cycle to school, promoting helmets in countries where kids ride with adults on motorbikes and supporting the correct use of seat belts and child restraints.

The need for this action is highly apparent. World Health Organisation figures show that road traffic injuries are the leading cause of death worldwide among young people aged 10-24 years. Each year nearly 400,000 people under 25 die on the world’s roads – on average more than 1000/day.

Most of these deaths occur in low- and middle-income countries and among vulnerable road users – pedestrians, cyclists, motorcyclists and those using public transport.

The United Nations has recognised that road traffic injury represents a major public health and development crisis. In the first draft of the new Sustainable Development Goals, Governments have included a target to halve road traffic fatalities.

According to the report, there should be a focus on ensuring safe routes to schools as an important first step for wider road safety actions. Of particular importance is the need for low speed regimes in urban areas where high concentrations of child pedestrians and cyclists interact with motorised traffic.

The UNICEF/FIA Foundation report highlights examples of successful ‘safe to learn’ strategies in high and middle income countries, from the United States to South Korea, where investment has shown that streets can be made safer, creating conditions in which walking and cycling to school increases, as child casualties and vehicle speeds drop. Such an approach has multiple benefits in addition to reducing road traffic injuries, including helping boost public health by tackling obesity and improving air quality.