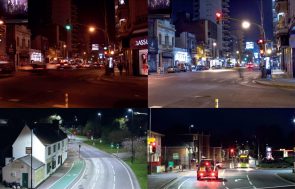 Criticism of street lighting switch-offs have largely died down – but urban authorities and their industry partners are now looking for new ways of achieving sustainability. Jon Masters reports

Rarely have the Internet and mobile phone networks been such important factors in street lighting. And their role in creating networks of connected systems of lighting is only likely to increase. While reductions in levels of lighting has been criticized in the past as hazardous and merely a cost saving measure, the narrative has changed.

The furore appears to have died down: light levels are still being reduced, but without much detrimental effect on safety it seems. The door is open for more use of connected systems for monitoring and regulating lighting levels.

In England an electronic, internet-based system of lighting control is being piloted on the M4 motorway west of London. The system automatically regulates light levels based on traffic levels. Its chances of success are quite high given that results from more radical reductions in lighting have demonstrated no negative change to safety records (see box).

The bare facts are that energy costs are often the highest resource or operational costs faced by local government or highway authorities, and that street lighting is the low hanging fruit – large networks of assets that can be modernised for big reductions in energy bills.

Internet-based central control and monitoring systems are starting to make a real difference. In Buenos Aires, Argentina, for example, 91,000 new LED luminaires are being installed – around 75% of the city’s street lights – through three yearly phases finishing this year. They are being controlled via Philips’ CityTouch management system of software integrated with a SAP HANA web platform. 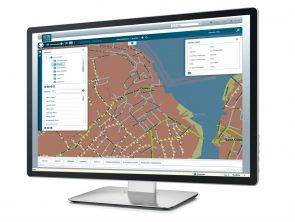 According to Philips, the Buenos Aires authorities are aiming for significant cuts in energy consumption while maintaining a safe and welcoming environment. The switch to centrally controlled LED lighting promises a 50% reduction in operational costs and significant reductions in CO2 emissions, the company says.

The city’s project is the first of a new strategic partnership between Philips and SAP for combining central lighting controls and performance monitoring with other asset data via cities’ software platforms.

Philips has also signed an agreement with Vodafone for linking CityTouch software and street lighting assets via Vodafone’s machine-to-machine networks. According to Philips, this allows a relatively simple and scalable network solution for remote monitoring and control that will also support other smart city applications.

“We are at the start of a new era, which will see highly efficient and connected street lighting become the backbone of most smart city communication and control networks,” says Andy Gowen, Philips director of public lighting for the UK and Ireland.

“However, to realise the true, game-changing value of the Internet of Things, systems need to be connected, scalable and open, with technology experts, leaders in connected devices, suppliers of software and systems integrators working hand in hand.”

This is Gowen’s view on the ideal scenario for street lighting projects – Philips being just one of the connected device suppliers in the equation. But while street lighting is in use in just about every urban area, less than 2% is currently connected, Gowen says.

There is clearly a huge amount of potential benefit to be had from greater connectivity. Cloud-based lighting control software promises the capability for authorities’ monitoring and control of lighting levels, better operational efficiency and energy savings through targeted dimming, says Gowen.

“These relatively simple aspects of control are just the tip of the iceberg,” he adds. “Street lights connected through wireless digital hubs could use sensors to dim lighting when traffic or pedestrian activity is low. The same hub could also convey data from air pollution sensors, weather monitors and other smart city applications. Authorities would have access to predictive data that enables them to meet real-time needs, such as influencing the behaviour of road users in response to weather or traffic incidents.”

While the potential looks impressive, for now the reality for most city and regional authorities is a focus on modernisation of their lighting networks to cut long-term energy and maintenance costs.

Other major projects include large scale upgrade and central control of over 100,000 street  lights in Los Angeles, plus similar schemes in Barcelona, Copenhagen and elsewhere. 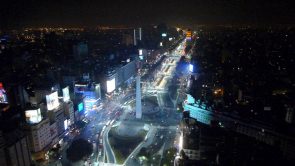 On the Isle of Wight, off the south coast of England, more than 12,000 street lights are being upgraded. Existing 50W sodium lanterns are being replaced with Philips’ 13W and 24W Stela lantern arrays of LEDs, for lower energy demand and reduced maintenance – controlled via a CityTouch system.

The new lighting and control system are being installed as part of the Isle of Wight PFI (private finance initiative) road maintenance deal. Around £150 million is being invested in the island’s highway assets by concessionaire Island Roads – a consortium of Vinci Concessions, Meridiam Infrastructure and Ringway.

Long-term PFI contracts specifically for street lighting have been growing in number in the UK over the past 20 years. Essentially these deals have become a widespread means for overcoming huge backlogs of lighting column repairs, while upgrading lighting to reduce energy and operational costs. Across Hampshire, for example, one of the largest of recent PFI contracts has seen contractor SSE replacing more than 50,000 lanterns and 12,500 illuminated road signs and other street furniture.

In Northamptonshire, in 2011, the county’s council decided to turn off around half of its street lights in a bid to reduce a £3 million annual electricity bill. But then, after a public outcry, the council turned many back on again. However, other reasons drove the council to pursue a more long term PFI solution. “The part switch-off was not sustainable,” a council spokesman explains. “We had no county standard for what levels we were lighting to in different areas and we needed to be more aware of what the switch off meant for redundant assets, in terms of maintenance and safety. We needed a plan to get out of it.”

The appeal of PFI

Northants awarded a 25-year PFI contract to Balfour Beatty for replacing and maintaining all of its street lighting assets. Light levels have generally been reduced to meet a minimum uniform standard, with more efficient white light from a smaller number of better directed lanterns in residential areas.

A higher standard has been applied to ‘primary points’, such as hospitals and other areas where pedestrians frequently cross roads. Northants’ £74 million PFI investment is expected to make a total of £90 million from savings of energy costs over the quarter century of the contract.

In Westminster, London, the approach is different again. The local council has neither adopted LEDs nor a PFI approach to upgrade its lighting, but it is using a central management system (CMS). The idea behind use of the Leafnut CMS is to adjust lighting levels to suit particular times through the night.

“Many places have lighting designed to be over-lit to ensure it’s still delivering the minimum requirement at the end of its life, but new technology allows us to maintain a consistent output over its lifetime,” a Westminster spokesman says.

The council believes it has shown it can use a different lighting class at times, so reducing outputs to achieve the right level for the particular time and location using the control system.

“This is how it should be done, reducing cost and environmental impact,” the spokesman concludes. “More smart city developments are not far away, with traffic signals and signs all connected to sensors. We use pedestrian flow data already for planning and it’s something we need to tap into more for adjusting light levels.”

Highways England – the government-owned company responsible for strategic roads and motorways – introduced a policy of switching off lighting on some sections of motorway in 2007. According to a HE spokesman, the objective was primarily about sustainability.

“The reason for revising the standard was primarily driven by the environmental benefits it could achieve and to make sure that where money is being spent, it has the most significant safety benefit and potentially saves more lives.”

A review had shown that their widespread use could not be justified in safety terms. Around 70% of the HE’s network was not lit, with little discernible difference in safety that could be directly linked to having less lighting.

However, Highways England is still careful to explain that lighting was only turned off “where it was deemed safe to do so”. Only certain discrete sections covering 123 miles in total (the longest individual section is 15 miles long) and less than 3% of the HE’s network, have undergone either a ‘full switch off’ (FSO) or the turning off of lights from midnight to 5am (MNSO).

Nonetheless, according to HE figures, accident statistics have shown no reduction in safety as a result of the FSO and MNSO switch offs.