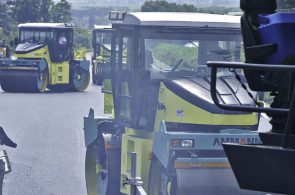 In early December 2015, the US Congress cleared and sent to the White House a five-year, US$305 billion highway bill said to combine the demands of road builders and unions with the wishes of safety advocates and local transit planners

In this context, a summer 2015 report by Timetric’s Construction Intelligence Center (CIC) appears prescient. It tipped the US construction industry to pick up over the next five years. Drilling down into its figures, Timetric CIC forecasts that the US construction sector’s average annual growth is set to accelerate in real terms from 1.7% in 2009-2014 to 3.1% until 2019, increasing from US$1 trillion in 2014 to $1.1 trillion in 2019 in real terms. Investments to modernise the country’s ageing infrastructure and renewable energy sector alongside the growing population, which will generate demand for residential buildings, will be one of a number drivers of this growth, says Timetric CIC.

Residential construction was the largest market during the 2009-14 review period and will retain this position, mainly supported by the government’s plans to increase the budget allocation by 1.9% to $46.7 billion in 2015. The budget will, says Timetric CIC, support homeownership, sustainable community development and access to affordable housing to protect homeless and vulnerable families. Moreover, a near 17 billion increase in the country’s total population to 338 billion by 2020 is expected to further increase demand for housing.

Despite the passing of the US highway bill and Timetric CIC’s optimism on the US domestic front, exports of American-made construction equipment declined 17.6% in the first nine months of 2015 compared to the same period of 2014, with a total $10.8 billion shipped to global markets, according to the US Department of Commerce.

Contrary to the second quarter, imports also declined – 5.71% year over year. Declining imports is a bigger signal to the US market, especially now that imports are relatively cheaper under the stronger dollar. In the third quarter AEM industry conditions survey, 42.3% of respondents indicated US demand for equipment was lower this quarter vs. last year, while 30.7% felt the market remained stable. For the next 12 months, overall growth is still expected.

While the global environment is still positive for construction and construction equipment, one of the bigger clouds could be the Chinese market. It is the US’s ninth largest export market for construction equipment and it declined 25% year to date. Another cloud is Brazil, which last week announced its economy was going deeper into a recession after three consecutive quarters of contraction in its GDP. While exports to Canada, our largest trading partner, also decreased, by 15% year to date, Statistics Canada recently reported that the economy returned to quarterly growth.

While it is hard to pinpoint the exact cause of the declining exports, some of the possible explanations may be the difficulties in exporting equipment with engines that require Ultra Low Sulphur Diesel, strengthening local manufacturing industries and a strong US dollar making US manufacturers less competitive. It will be interesting to see where the global economy is going in 2016. While exports might continue to slump, we will also be keeping our eyes on domestic demand and imports.”