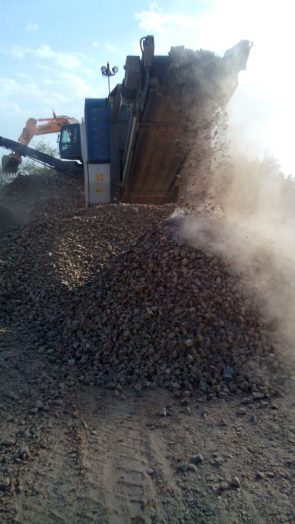 The Indian Construction Equipment Manufacturers’ Association ((ICEMA) staged a major two-day conference in Bangalore titled Rebooting Infrastructure: Build India for A Better Tomorrow.  The conference coincided with EXCON 2015 – the 8th International Construction Equipment and Construction Technology Trade Fair at the Bangalore International Exhibition Centre (25-29 November). The EXCON trade fair is widely seen as the benchmark event for the machinery and equipment sector for the entire southern area of the Indian continent.

In an overview of the Indian construction equipment sector presented to conference attendees, ICEMA executives said: “India’s infrastructure sector is poised to grow significantly with the increasing demand for development of key infrastructure projects such as roads and highways, rural connectivity, urban infrastructure including metro rail projects, ports and airports, industrial corridors, smart city projects, etc. Government has initiated various steps for accelerating infrastructure development and putting India back on a growth trajectory after a period of declining GDP growth rate. Investment and implementation of key projects are the concerns of the construction and construction equipment industry. Corrective measures and industry friendly policies of the Government would greatly help for the infrastructure development in the country.”

ICEMA says that infrastructure growth holds the key to the construction equipment industry realising its potential in India. In the 12th Five Year Plan, the Government has earmarked approximately US$1 trillion for infrastructure investment. “Consequently, infrastructure spending is expected to grow from 7.2% of GDP in 2012 to 9% by 2017. This is likely to spur the demand for ECE (Earthmoving & Construction Equipment), and if the industry’s full potential is realised, the total turnover of the industry could reach around US$21 billion by 2020.”

As ICEMA point out, Prime Minister Narendra Modi’s government is in the midst of implementing a massive road development programme – the National Highways Development Project (NHDP) – in phases. During the financial year 2015-16, it is envisaged that the NHDP will see the development of about 6,325km of National Highways along with construction or rehabilitation of a large number of bridges and bypasses as standalone projects. Further sizeable funds have been allocated for the construction of rural roads under Pradham Mantri Gram Sadak Yojna (PMGSY).

“Several other initiatives of the Government such as 100 smart city projects, urban infrastructure including metro rail projects, port development, the creation of an industrial corridor and a dedicated freight corridor, would further boost the country’s infrastructure development,” adds the ICEMA.

The Indian construction machinery market recorded a 13% year-on-year increase in sales in 2015, and should also improve over the next two years, achieving a 15% year-on-year rise in 2017, according to Off-Highway Research. OHR also note how average Indian construction equipment sales are likely to increase to 52,296 a year in the period 2015- 19, compared to 45,212 a year between 2010 and 2014.

Timetric CIC also notes that the Indian construction industry registered a CAGR of 13.52% in nominal terms during the 2009–2013 period, driven by private and public investments in infrastructure, as well as institutional and commercial construction projects. Industry growth is expected to remain strong over the years 2014–2018, as a result of Prime Minister Modi’s government’s commitment to making infrastructural improvements and the implementation of the 12th Five-Year Plan (2012–2017). As a result, industry output is expected by Timetric CIC to record a nominal CAGR of 10.09%.